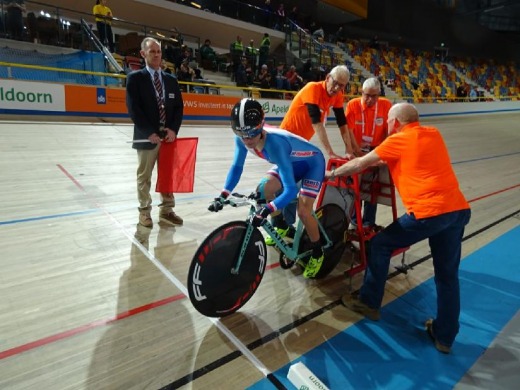 On Thursday 14.3 Ivo competed in the 3 km pursuit at the velodrome in the Dutch town of Apeldoorn. Following systematic preparation, Ivo and his implementation team were expecting a good result. At the world championships there was some of the strongest competition in history. Ivo started the race with maximum concentration, mainly focussing on pacing himself properly for the entire race. After the start Ivo was making ground second after second on his opponent from Ireland. Ivo managed to keep up a steady tempo right to the end, where with a time of 3.48.515 he beat the Czech record by 6 seconds. This time corresponds to an average speed of 47.262 km/hour. And the result was that this time put Ivo in seventh place amongst the world’s top eight.