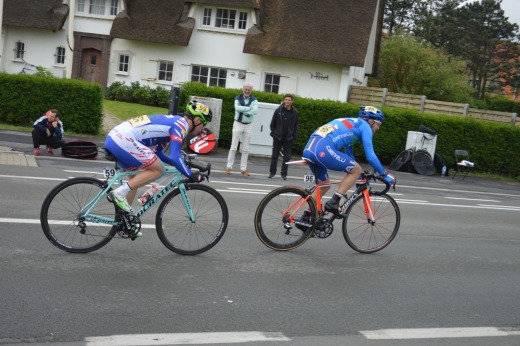 After 66 km Koblasa of tubeless tires on encouraging fifth place carrying points from the World Cup. Another hilarious preparatory race for Rio 2016. In the nine throw Ivo morning he went to the track in a race categories C1 -3. Right from the start it was clear that it will go very quickly with a number of entries in technical passages track. Immediately in the second round, the fall in the peloton, which is Ivo fortunately avoided. In the second half of the race to distract from the rest of the peloton quad racers C 3 with one rider category C2 this group began chasing group of 12 riders, which did not miss by Ivo. In the second group Ivo often dictated the tempo of the race and tried to tear the package. This will not work out. In the final sprint in the end it was a few centimeters fifth place, which is due to the difficulty of the track very good result. The race was won aerospace engineer - Canadian Chernov.