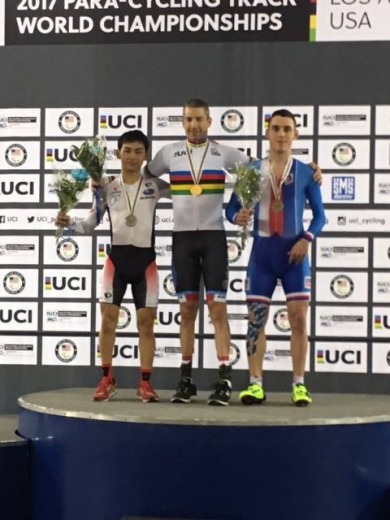 On Thursday, 2 March, the first 1 km races were on the program of the World Championships in Los Angeles. Ivo entered the race after hard training, which he completed under the guidance of coach Jaroslav Bláha on the track in Vienna. Ivo started as the third competitor from the end of the field. The competitors starting before him got better one after the other. Ivo closely watched the times of his opponents, then entered the race with full commitment from himself to try and give his all, after a year off, to get another medal at the World Championships. Already after the first round it looked like he was on his way to placing at the top. And the final time confirmed the truth of those who believed in Ivo. His excellent performance earned him the bronze medal. And not just him, but the entire Czech team can also add precious metal from the WC after a year’s drought. For that we congratulate Ivo and wish him further success in upcoming races!!!!!!!!